Friedeggs Member Posts: 10 ✭
June 2021 edited June 2021 in Newly diagnosed
I've spent a month wrestling with the information about DCIS, and my decisions about what to do next.

Starting with a flyer for the BCNA, given to me by BreastScreen NSW, that seemed to indicate that DCIS is not straight-up, bald-faced cancer. 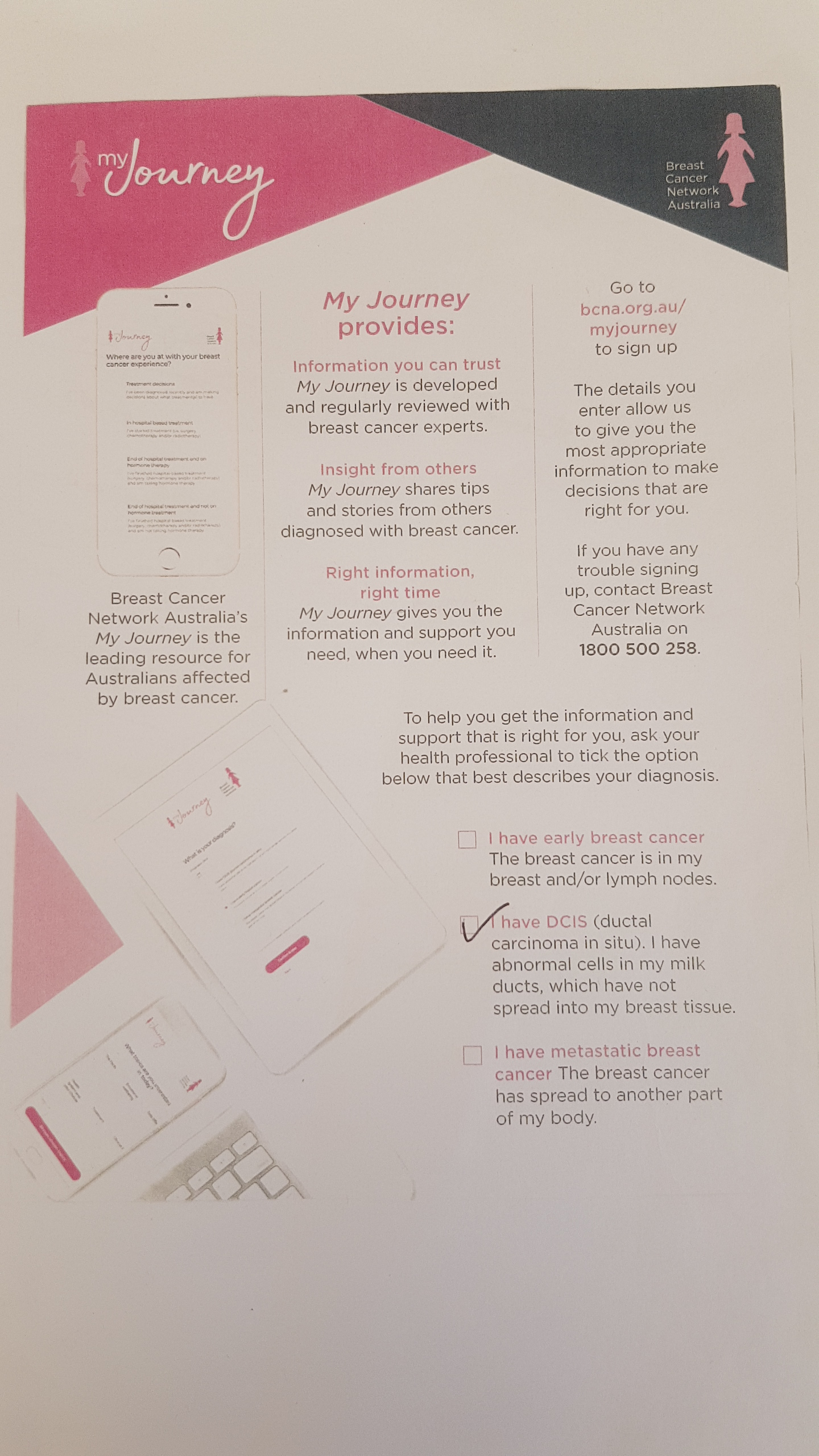 I spent the first 2 weeks after diagnosis trying to get my head around concepts and terminology. Is it life-threatening? No. Does it mean you're more likely to get invasive cancer at some point? Yes. Can you sit on it, and see what happens? Yes, if you like playing Russian roulette.

The next 2 weeks making appointments with specialists...
A breast surgeon: get it out.
A plastic surgeon: we have marvellous folding tables and can recreate your boob from other bits of your body. For my A-B cup delights? No thanks, way too much hassle.
A doctor who has had a bilateral mastectomy: you don't want to deal with radiotherapy and chemo, get it out.
My doctor friend who uses complementary therapy: it's about survival, and you're young with a lot of stressors in your life, get it out.
A breast surgeon and top-level researcher: we can't force you to do anything but getting it out is the best idea.
And so the expert consensus, even though I feel fine, I am potentially fine, and I may remain potentially fine, is that I should cut out my very small boob - including the 6.1cm of low-grade DCIS - and get on with it.

So that is what I've lined up for later this month, even though a vain and fatalistic version of myself is writhing around inside me, clammering for attention so I can hear it scream STOP.

On the pro-mastectomy side:
- I'm small-breasted so this is not such a big deal in terms of lop-sidedness
- Survival, maybe
- I can take up archery with fewer complications
- Maybe it's time to go #braless4ever

On the con side:
- I'm cutting out a boob
- Scars, pain and zombie-time
- Dressing myself might be a bit of a nuisance

So you see, there are more pros.

Anyway, as part of saying goodbye to my booby, I've planned a pre-surgery photoshoot. Candid, B&W, naturalistic in my home. Does anyone have any ideas for poses, props and backgrounds that would work? Or good places to look for inspiration?