LoisLois Member Posts: 43 ✭
June 2020 in Day to day
Good Morning Beautiful people,  It is the wee hours of Saturday morning, I am wide awake due to a song......(Again)

Like all the other songs that have made their way into my life and lately into these posts - there is a meaning behind the song choice! Mr. Johnny Cash - The Ring of Fire.

To be honest, I can not believe I am about to impart this information - but you never know there might be someone out there, wondering if this does happen?  Maybe not, or at least it is kept quiet, locked away with the Air Freshener in the Throne Room - however I, Lois of The Lion Heart - am willing to have giggles heard around the world and expose my story - if it helps make someone's day that bit brighter!

So it all started because I had to visit my G.P. over a teeny hole that had opened up in my mastectomy wound that after 6 weeks is still not healed!!!  He decides I should throw some more antibiotics at my body that literally rejected the last lot by bountiful vomiting episodes - thankfully prior to beginning Chemo!   However, this round of antibiotics decided to take a different destination exit point - located, south of the border!

I can assure you the first day - I was slightly exasperated, wondering about the ill-ease in my gut and due to the fact we only have one Throne Room in our house - the family were warned to maybe head home to their own places and the Husband was told - "Please keep your library reading episodes confined to the Lounge Room and not the Throne Room - thank you!"

Second and Third Day - I informed my husband, maybe he should set up the Camping Port-a-loo for himself, because I was by now vacating from the southern border regions up to 8 times a day and I was seriously contemplating getting the Queer Eye Guys over to redesign a home for me within the Throne Room!

Four Day - Where was I ???  Oh, I was the shriveled, wrinkly, preserved wee skeleton glued to the Throne, barely holding onto my now dead phone and wondering if I would ever be able to walk freely again - without screaming "Clear the way, Clear the bloody way - oh for shit's sake, get out of my bloody way - as my husband earnt himself a dirty look after I heard him say "You got the shit's alright!

Could I ever get rid of that Burning Ring of Fire that now had taken up residence south of the border?  Maybe I should buy some shares in Kleenex and Quilton Toilet Papers while I was glued to the Throne???  Would my arse ever love me again?

Fifth Day - I had not seen my husband in 24 hours.  Oh I knew he was alive and well.  I could hear him making coffee, changing the NCIS DVD Discs, he was enjoying from the confines of his Couch.  Gosh, I even smelt him making the Ham and Cheese Toasted Sandwiches and ask my daughter if she wanted some Chocolate Cake with her cup of tea!  I heard them having conversations together.  Oh how I wish I could join them!  It was lonely in the Little Room but funny enough, NOONE wanted to sit with me!

I will always remember Day Five - It was the day, Johnny Cash came to town!
While being held hostage in the Throne Room for the 20 millionth time - I over heard my oldest daughter who had come to visit and my husband discussing music and I'm sure I heard something about "Johnny Cash" being muttered before huge gales of hysterical laughter bounded throughout the house!
Next thing from the confines of the Throne Room, I heard the opening twang of a guitar and the dulcet tones of  Mr. Johnny Cash start serenading our home - Oh No, They didn't???  Please no, not THAT SONG!!!!!!!   Oh yes they did and with much glee, I heard them singing along with Mr. Cash as he sung the chorus lines....."And it burns, burns, the ring of Fire!"
All I could do was hang my head and cry  - I was in my own Folsom Prison!  I had just been given a warning - The Southern Border was once again put on High Alert and preparing for evacuation in the Throne Room!!

By Day Six - I felt weak, tired and my arse was complaining every time I even remotely went to sit down!
I had been drinking 3+ litres of assorted fluids from water, Ginger Ale and very weak green tea daily. I had tried bread and crackers but they lasted 10-20 minutes tops.  The solution came in the form of my Homemade Chicken noodle Soup which is predominantly a broth based soup - I chugged that down by the litres and after turfing the antibiotics on the orders of the Oncologist - I was back to normal and South of The Border was now in recovery mode.

Because of the mass evacuations, Chemo had to be cancelled for the week.  I spent every day either in the loo or at a doctor's appointment getting me sorted out. I had to have some IV fluids to help top me up.  Thankfully next week, it is back to business of having the Chemo Love Juice and Johnny will be just another memory!

Oh yes...before I forget - the another monumental thing this week - I made the decision to chop my hair off to a buzz cut after waking to find chunks of hair spread across my pillow.  It is both daunting and liberating.  My daughters and Husband stood at my side, cheered me on, cried tears and took a video for me, for when I want to see it.
Oh My god - maybe I should change my name to Sinead??? 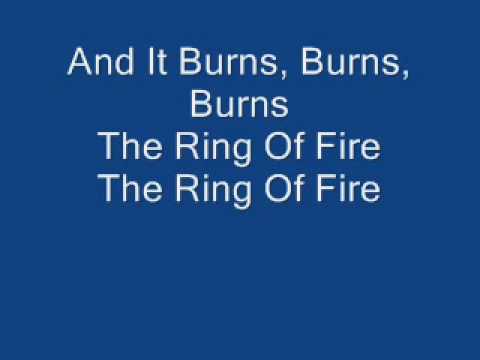