Out of Pocket Expenses 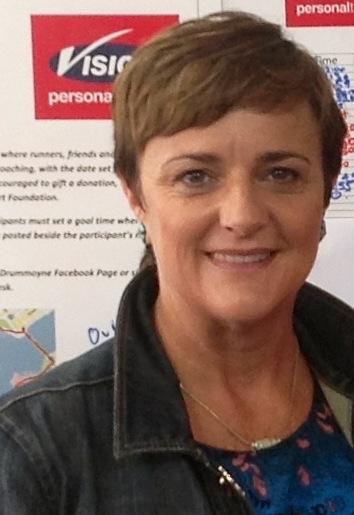 Hello everyone, below is the email that I have sent to the Hon Tanya Plibersek, Minister for Health as my request for an appointment.

I am a single mother and I was diagnosed with Stage 3 Aggressive Breast Cancer, a year ago today, and as a result of my age and earnings I am expected by the Federal Government to pay Private Health Insurance, which I have done for more than 25 years.  I also pay up to $30,000 a year income tax my Medicare levy for financial year 11/12 was almost $1900.00 on top of another $450 for Flood Levy.  I received a paltry amount of $660 tax return, even though I submitted $20,000 in out of pocket medical expenses as a result of my diagnosis of Breast Cancer the required treatment to save my life.  The reason why I received so little in return, was that the monies that I had released by my superannuation funds (which were taxed going in and taxed again upon being released), was added in the financial year as INCOME! So I was charged a hefty Medicare levy and flood levy, which swallowed up whatever funds I may have received as a rebate on medical expenses.

What I would like to see happen, is that for people who are diagnosed with a life threatening illness, the following is put in place, so that people like myself do not have to access their Superannuation, extend home mortgages, take out personal loans or declare bankruptcy in meeting the spiralling costs of life saving treatment who go through the Private Health, for their treatment.

1.    Safety Net for people diagnosed with a life threatening illness, the safety net is accumulative and does not have a cease date until a medical professional formally advises Medicare that no further treatment is required.  For the Medicare Safety Net to commence on 1 January and cease 31 December each year is deplorable.  An individuals severe illness does not operate within the boundaries of a calendar year!

2.    All medical testing for life threatening illness's is bulked billed by Medicare.  In the first week of me being diagnosed with Breast Cancer I paid the following:

As a single mother supporting a son (in casual employment) and a daughter through University these initial costs were paid by credit card quickly consuming whatever credit I had left.  These costs were just the tip of the iceberg!

3.    That all medications directly related to the individuals diagnosed illness are provided at the same rate as if they were a holder of Health Care Card.

4.    The Medicare and Health Insurance Industry Rebates are bought into line with current living costs, and in particular those individuals diagnosed with a life threatening illness are NOT out of pocket for medical treatment.  Why should an Australian citizen who pays, taxes, health insurance and Medicare levy be asked to pay additional costs because of accessing the Private Health system, especially as this is what the Federal Government expect Australian citizen's to exactly do, so as to not place a burden on the Public Health System.  The current system, screams of discrimination.

5.    Those of us who have had to access their Superannuation through your portfolio - Early Release of Superannuation Branch, are provided with advocates to assist in the completion of forms and have free of charge  via Centrelink Offices, access to use photocopiers, scanners and internet in processing their applications.  That when the application is received by Early Release of Superannuation Branch, that contact is made with the individual and they are then provided with a direct phone number to their case manager to discuss the progress of their claim.  I am asking this request as I found when applying to access my superannuation it was a very frustrating and distressing time.  I had undergone 12.5 hours of life saving surgery and chemotherapy, which resulted in me being extremely frail, this was at a time when I was expected to collect numerous documents as part of my application to have superannuation funds to be released.  It was an extremely distressing time, which I might add took almost 6 months to finally have funds released.  During this 6 months, was a critical phase in dealing with my illness and treatment, and to have to deal with the bureaucratic red tape was exhausting  which caused me great anxiety.

I have attached for your information copy of Sunday Telegraph 18 November 2012, Article and Comments to date.

I look forward to meeting with you to discuss this very important issue by way of having it placed on the Political Agenda for Labour to make these desperately needed changes so that there is equality for all.

Hey! You will be signed out in 60 seconds due to inactivity. Click here to continue using the site.