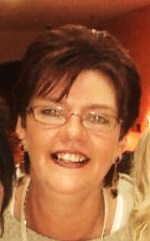 On the 20th of June this year I underwent my routine mammogram at BSV, albeit 2 or 3 months after I was actually due.  As I was about to leave I could see my *pictures* & immediately asked the ? technician what is that white mark & which breast is it?  She stated that she was not qualified to read the films, but I shouldn't worry, it was probably a cyst *or something* & if there was a problem BSV would contact me.

Well 13 days later I got a phone call asking me to come back for further testing.  I told the counsellor who rang me that I had been expecting her call.  Two days later, 5th July, 2012 (now embedded in my psych FOREVER!!!!)  I returned for another mammogram & ultrasound, after which I was informed that I do indeed have breast cancer!  While I was sitting in the waiting room, awaiting my second mammogram, I remember looking at the other women there & thinking "I wonder which one of YOU poor women will be the "one" diagnosed with breast cancer today"?  Never in my wildest dreams did I think it may be ME!!!

After the initial shock "announcement/diagnosis" I was fleetingly teary, but that was more for my darling husband who I married 14 months ago - 2 & a half years after he was widowed (through a tragic car accident).  How would I begin to tell him & my 2 daughters, one who had only been married 8 weeks & was 8 weeks pregnant?  Also, I knew I had to tell my young step-daughters who live with us fulltime.  I then met with a Professor of Surgery/Oncology who explained the diagnosis & the need for a biopsy to take place before I left that day. & the insertion of carbon  He discussed routine treatment for this stage of breast cancer & gave me information for a trial, which he believed I would qualify for.

I just wanted to run out of there.................. but I didn't!  After spending some time with one of the counselling staff (who was brilliant), I made some phone calls, including the one I dreaded most - to my hubby & also rang my bosses to get someone to cover me for work that afternoon.

So those first few days post-diagnosis saw me telling the people I love most in the world of me predicament!

Then I returned for the biopsy results, attended the Breast Clinic, had radioactive dye inserted into my breast - I can't tell you how much fun that was - altrhough in reality, I'm sure those reading this will get it!!  Followed by a lumpectomy & removal of lymph nodes the next day as a day-patient. (One week ago).

These last 20 days have neen one hell of a rollercoaster ride.  People ask me how I am, they ring, they email, they send gifts, they call my husband, & daughters.  They send me constatnt text & facebook messages.  They post "Get well soon" cards in the mail (a novelty these days).  My gorgeous GP rang to tell me she had received a letter from the Prof, informing her of my diagnosis & dropped the *F* Bomb when she read it!!

People treat me like I have no more than a F***N cold!!!!  Some just choose to ignore it!  I wish I could bloody ignore it!!!  I keep thinking I'm going to wake up in a minute & think S***T - that dream went on for a bloody long time.  I feel so desperately, overwhelmingly, sad at times & find myself reeling at it all.  If I start to feel like this I think - "Do I have right to feel like this"??  I mean "they" keep saying - we've caught it early, you're so lucky!?!  What defines "lucky"?

So there you have it - I AM speaking the truth!!